Canadian trumpeter, Mike Herriott, a respected multi-instrumentalist in both the classical and jazz genres, is in demand as a lead trumpeter, jazz improviser, orchestral soloist, bassist, arranger and composer. He has toured extensively through North America and South East Asia and has shared the stage with a host of luminaries, including Maynard Ferguson, Rob McConnell, Doc Severinsen, Arturo Sandoval, Michael Buble, Slide Hampton, Kenny Wheeler, Phil Nimmons, Maria Schneider, Seth MacFarlane and more.

He is currently in demand in the studio, in concert, and in the orchestras of musical theatre productions in Toronto. He has toured extensively with a number of musical ensembles as well as with shows such as: West Side Story (Western Canada), 42nd Street (China), Swing! (Japan), Chicago (USA and Canada), Come Fly Away (USA, Canada, Japan), Return to Grace (Thailand, Canada), Jersey Boys (Toronto), Cats (Toronto), Anything Goes (Toronto), Aladdin (Toronto), Wicked (Toronto), and Kinky Boots (Toronto). Also, throughout the year, Mike is often invited to perform as lead trumpet for symphonic pops shows and has appeared in this role with the Vancouver Symphony, Victoria Symphony, Toronto Symphony, Kitchener-Waterloo Symphony, Hamilton Philharmonic, and the National Arts Centre Orchestra in Ottawa.

Mike has several recordings under his own name, and with New York-based guitarist Sean Harkness in the Harkness-Herriott Duo (H2). November, 2013, brought the release of the Mike Herriott solo CD entitled Off the Road, featuring Mike on a variety of musical instruments and including special guest, 10-time Grammy winner, Arturo Sandoval. His solo album, Isn’t Life Grand, is Mike’s 7th recording as leader/composer/multi-instrumentalist and was released in 2016. 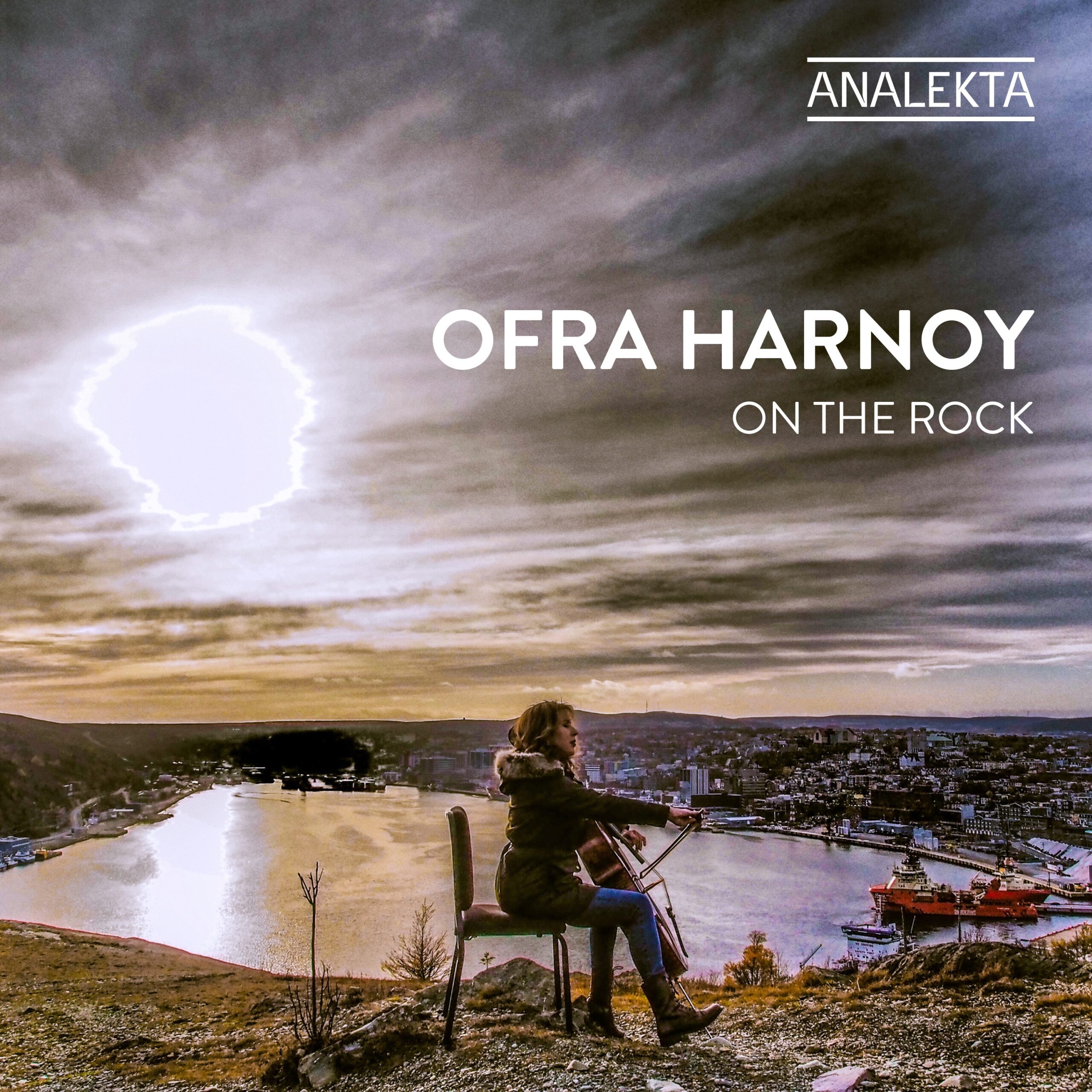 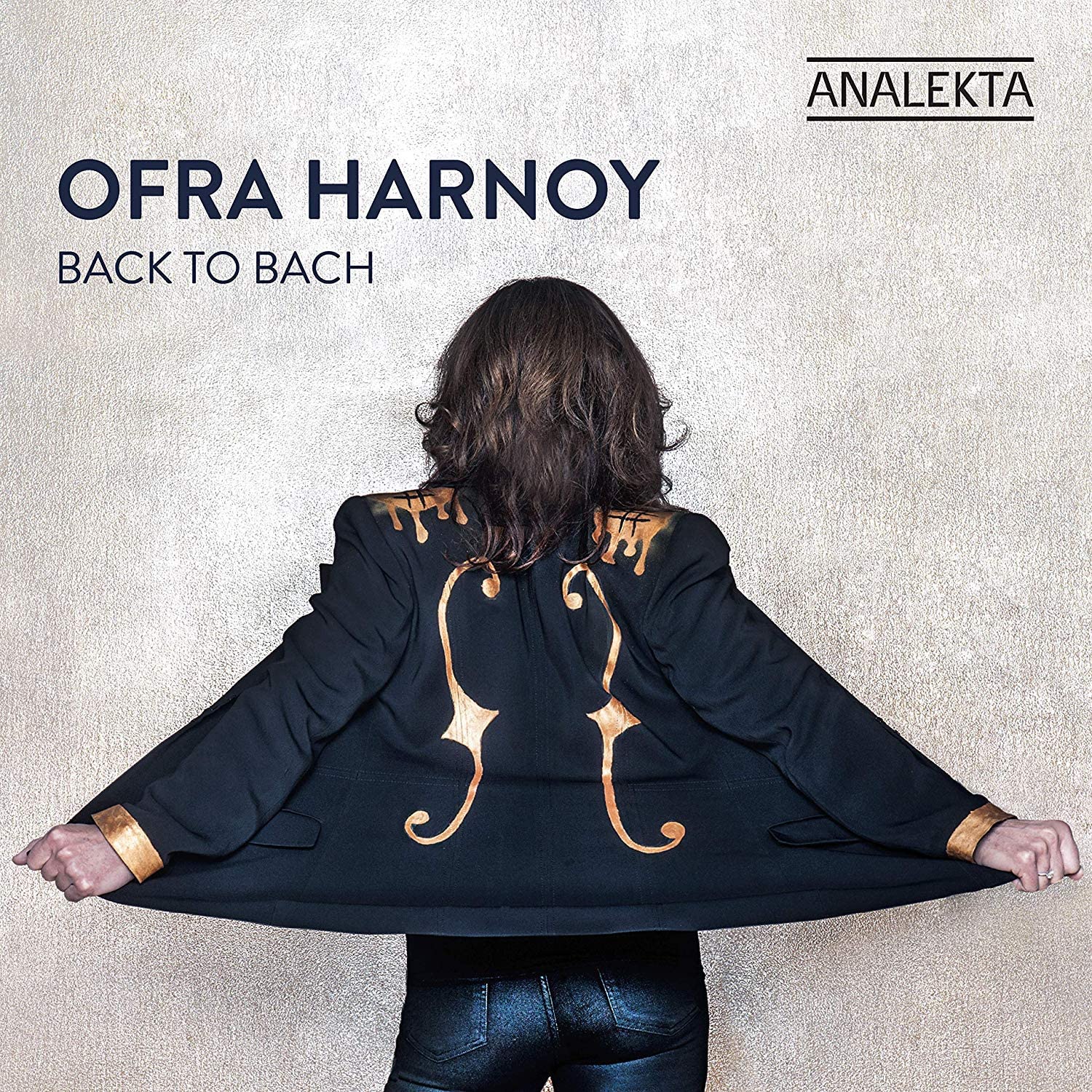 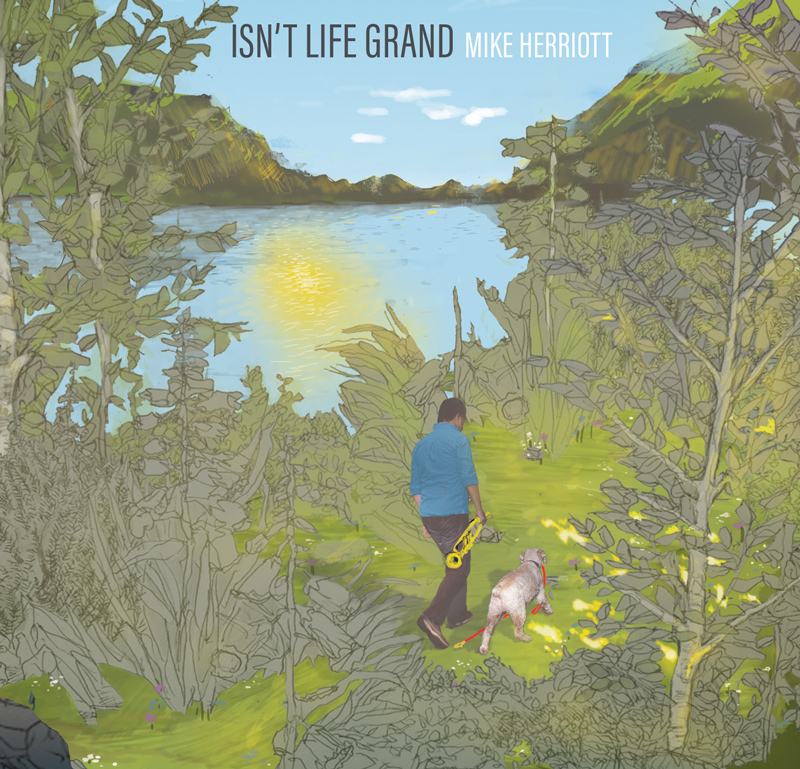 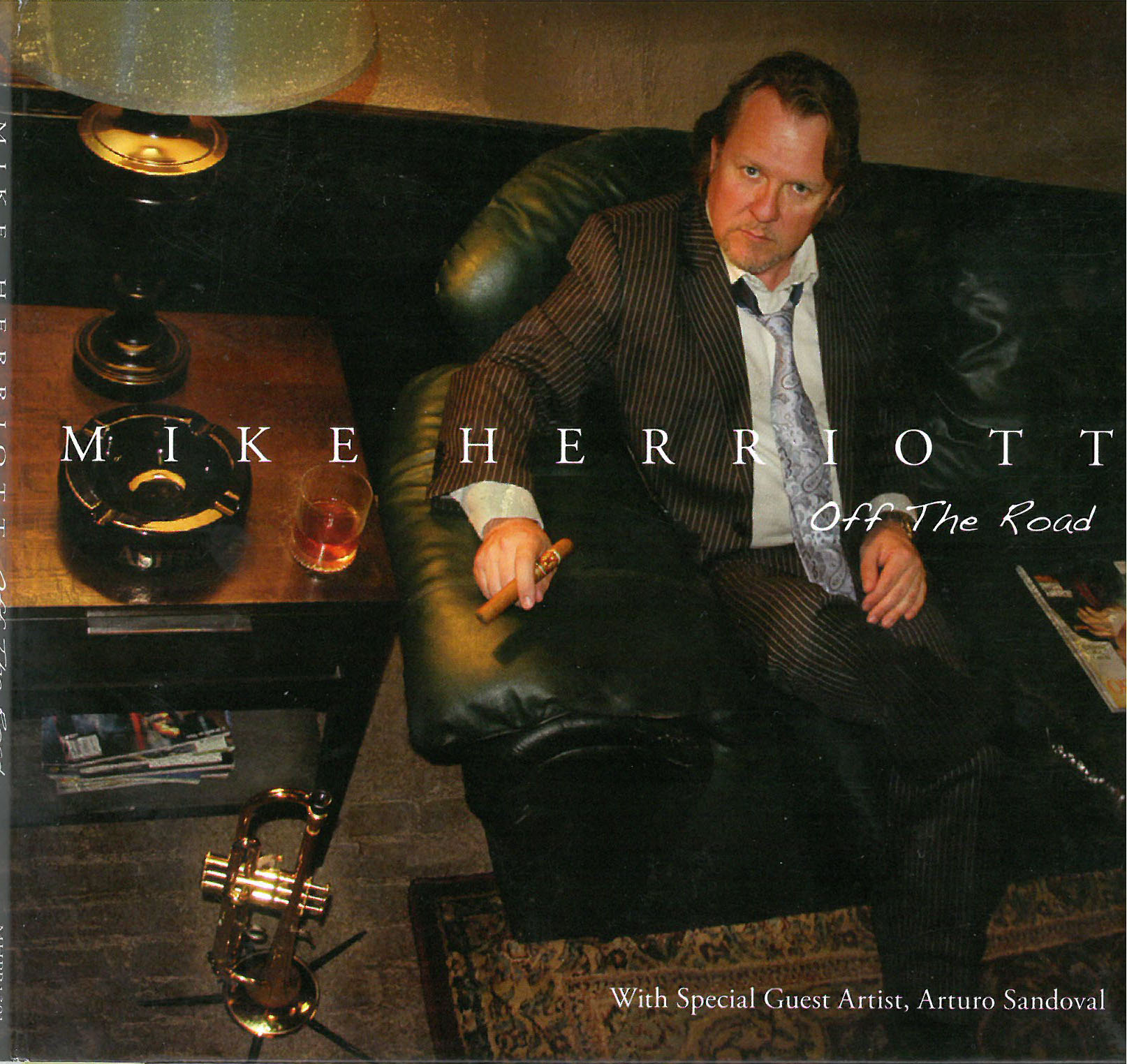 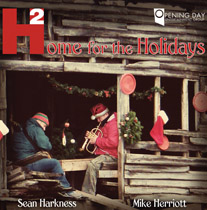 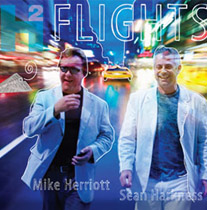 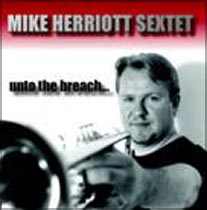 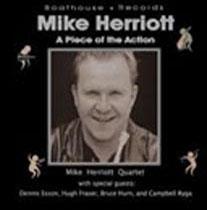 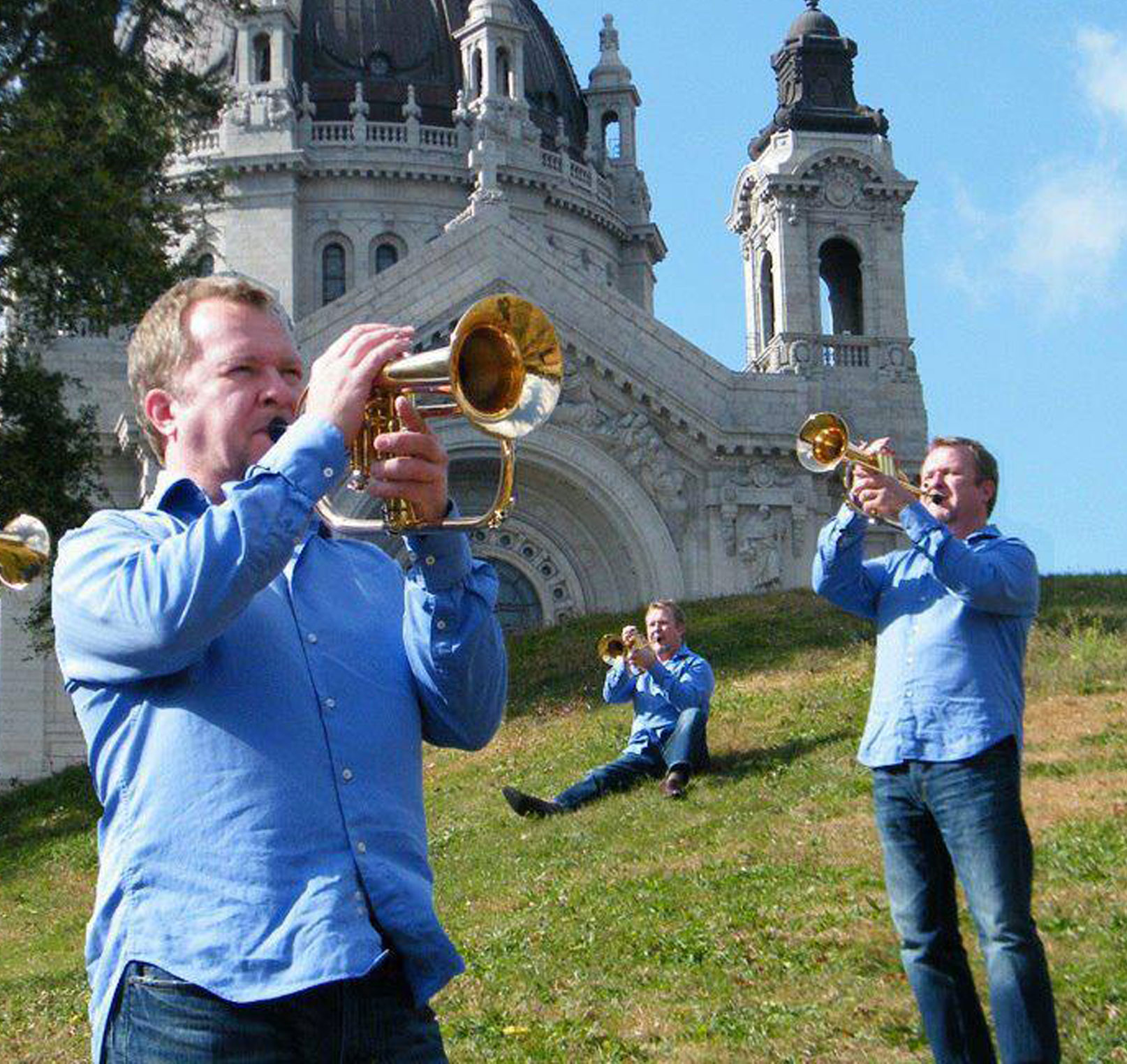 Having spent my formative years in St. John’s, Newfoundland, I was very excited to introduce Ofra to this amazing Canadian province – one of the rare places to which her career had not yet taken her. We took a vacation in St. John’s in the summer of 2018, and she loved it so much we decided to buy a house and move here.

In the time following, Ofra has fallen in love with the beauty of the land, the spirit of the people, and the rare mystique of the culture. When we finished the Back to Bach album in the summer of 2019, we took a trip to explore some of the island. As we said “good-bye” to the Baroque album (much like having a child, once you’ve done your part, it’s time to let them go out into the world), we launched into researching the music of Newfoundland.

From the extensive list of music available to us, we have chosen a variety of material from unknown sources, to music borrowed from other lands, to songs and dances by some of Newfoundland’s most treasured writers.

A real challenge for me, as music arranger on this project, was to try to capture the essence of the original music while putting it in a context that made sense for Ofra’s solo cello. First and foremost, I wanted to ensure that I maintained the respect due this music. Also, I needed to find a way to introduce the cello in a way that added to these pieces without usurping the original nature of the music itself.

As the COVID-19 pandemic descended on the world in early 2020, we found ourselves able to immerse into this project, undistracted. As we all combined our efforts to develop this album, in isolation, we were thrilled with the contributions of our extraordinary guests: Alan Doyle, Bob Hallett, Heather Bambrick, Amanda Cash, Kelly- Ann Evans, Fergus O’Byrne, Kendel Carson, and Maureen Ennis.

With the guidance and contribution of Bob Hallett, we were able to compile a selection of songs, jigs, and reels that Ofra felt she really connected with and that told a story of what she has come to know and love about the province. I’m sure the time will come when she feels there is more of the story to tell. But this is what we have come up with, for now.

This album presents a number of tried and true Baroque favourites on the cello, such as Bach’s “Air” from Orchestral Suite No. 3, “Bist Du Bei Mir,” as well as some slightly lesser known gems from composers such as Allegri and Corelli, which Ofra Harnoy interprets with the profound musicality and passion she is known for.

In Ofra’s early Baroque recordings, many works were accompanied with organ, chamber orchestra, or harpsichord. For this album, however, rather than revisiting the conventional settings for these works, she has decided to use brass as accompaniment for some works, and, for the works by Telemann and Allegri, has created a cello ensemble through overdubbing and multi-tracking techniques. As much as it is a treat to hear her play this music as soloist, that joy is multiplied in hearing her play each of the nine voices of Allegri’s Miserere.

Using modern technology, this recording gives Ofra Harnoy a whole new way to explore this centuries-old music and present it to listeners exactly as she hears it herself.

CURRENTLY OUT OF STOCK!

Multi-instrumentalist MIKE HERRIOTT has taken some time away from touring to record his brand new release “Off the Road”, featuring special guest ARTURO SANDOVAL

Time-honoured music associated with the holiday season has the magical ability to transport listeners beyond their thoughts…into a world of reminiscence, nostalgia, feeling and emotion. H2-Home for the Holidays does just that! H2 bring their cool sound and jazzy riffs home for the holiday in an album of classic Christmas songs creating a jazz-filled wonderland gift-wrapped in the bright colors of the season.

Brimming with thirteen all-time favorites including Angels We Have Heard on High, Carol of the Bells, O Tannenbaum, Silent Night, God Rest Ye Merry Gentlemen, Meditation on Lo How a Rose, We Three Kings, Hark! The Herald Angels Sing, It Came Upon a Midnight Clear, Home for the Holidays and Christmas Time is Here, from the classic TV special A Charlie Brown Christmas, which has become one of the most recognizable “jazz” oriented holiday tunes of all-time. Each of these tracks sparkles with imagination that flows with a musical rapport pushing each along, bringing something new and fresh to these well-known and popular holiday hits.

Mike is a respected multi-instrumentalist in both the classical and jazz genres who is in demand as a lead trumpeter, jazz improviser, orchestral soloist, touring Broadway musician, arranger and composer. He has appeared with a host of jazz greats, including Maynard Ferguson, Slide Hampton, Phil Nimmons, Maria Schneider and more. His recording career is diverse, including CDs, soundtracks and television.

Sean Harkness is an award winning, first-call guitarist in New York City and can be seen performing at any one of the city’s historic and world-famous jazz clubs on a regular basis. With five releases under his belt, he was originally signed by Windham Hill Records as a solo artist where he released his first album, Aloft, to great acclaim. He has toured the world, most notably Japan & Europe, as a sideman and is also a well-respected Broadway musician.

This H2 CD is their second release on Canada’s Opening Day Entertainment label.

“Mike Herriott and Sean Harkness cleverly use their friendship as an additional instrument in their new recording ‘Flights’. I get a feeling that they genuinely like each other and it shows. Their choice of flugel horn and guitar was a master stroke. It’s a perfect musical pairing like Cabernet and steak that you can taste for yourself in songs like ‘Myffed’.”

“I love this combination of guitar and flugelhorn; to my ears, these instruments were meant for each other. Harkness and Herriott prove this point, on this, their first collaboration. They complement each other like two well seasoned pros, giving and taking as the music flows. This is an album that you would buy for your friends, it’s that good. I am already looking forward their next release!”
– Arnold van Klaveren, CFUV

“Herriott has unveiled a whole new sound with this latest release; this from a player who already triple-threats as a trumpeter, trombonist and composer. Fresh and engaging music.”
– Katie Malloch – Host of Tonic (weekdays), CBC Radio 2

Mike is a phenomenon… kind of like a jazz hurricane – calm and focussed on the inside, and a flurry of power on the outside. He’s incredibly adept on any instrument he touches, and his talent will blow you away.”
– Andy Sheppard, host of Afterhours on CBC Radio 2.

A Piece of the Action proves that the most important musical development of the 20th century, Jazz, is as solid as a rock and in no small way through Mike Herriott’s contributions, very much part of the optimistic future of the 21st Century!”  – Hugh Fraser, Executive Producer for Boathouse Records

Piece of the Action is Herriott’s most mature and evolved project to date. It shows of his composer/arranger skills admirably, and thrives on the prodigious chops of the talented ensemble of players.Only a bold trumpet/trombone player would invite three other players of those same horns to share the date with him, but Herriott’s confidence is more than justified…”- Katie Malloch, Jazz Beat, CBC Radio

Whether he’s playing a trumpet, a trombone or a flugelhorn, Mike Herriott blows a fountain of musical ideas out of each one of them. One note better than the next.” – Ross Porter, Cool TV.

Mike leads his highly-acclaimed quintet, which has performed on both ocean coasts of Canada and recorded numerous times for CBC radio. The quintet appears on the recent CBC compilation CD release celebrating 50 years of the show Hot Air.

“…on Free At Last, Herriott uncorks his most moving, evocative improvisation. A beautiful debut.”
• 5/4 Magazine, Seattle

These Are The Days – Jann Arden, Universal Records, 2018 (trumpet, trombone)